Cheese ‘can’ be eaten on a keto diet and it is a staple food in the low carb life as it is high in fat yet low on carbs. But not all cheeses are considered good. Find out what you should eat and what to avoid with our keto diet cheese guide.

Being a fat-loaded product, it’s no surprise that many keto dieters tend to include cheese in their meal plans. With so many to choose from, from bloomy rinds such as brie to fresh cheeses like mozzarella, it can be challenging to figure out keto cheese is suitable for you. 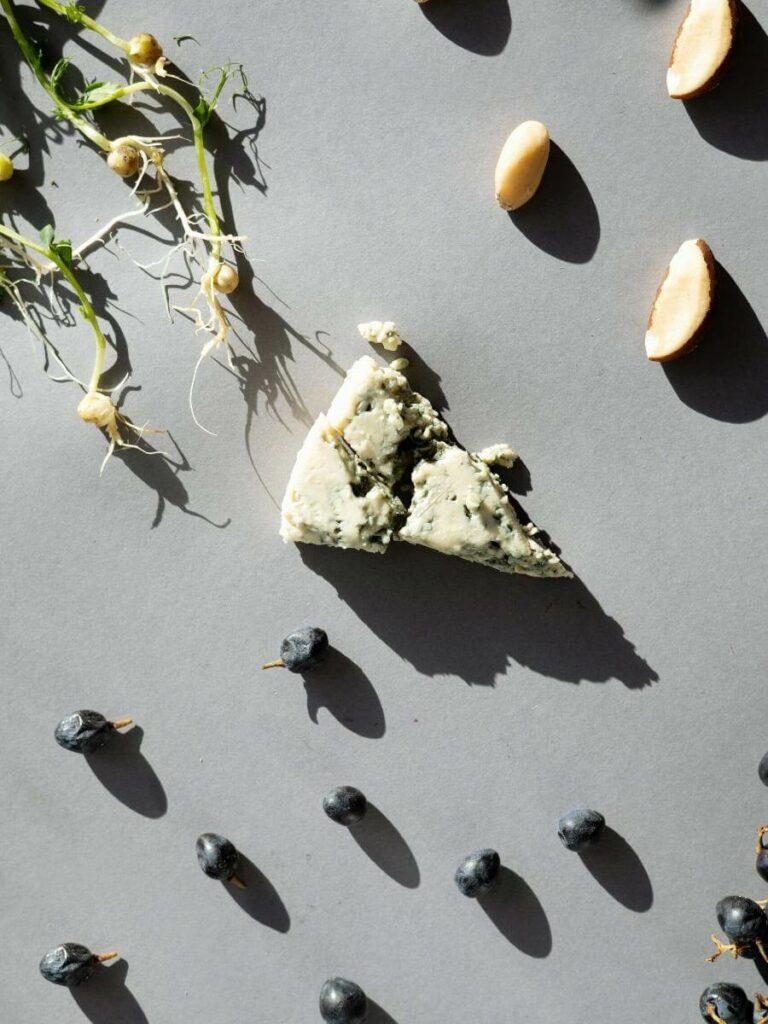 This cheese is one of the best cheeses that you can eat on a keto diet. Famous for its peculiar scent, it is produced with penicillium mould, the ingredient behind its striking appearance and salty taste. According to the US Department of Agriculture, a slice (21 g) contains 6.04 g of fat, 4.49 g of protein, and 0.491 g of carbohydrate.

The semi-soft cheese is often served in a colourful salad, but you can also eat it on its own. Also known as chèvre, it is a part of the fresh cheese category alongside mozzarella and ricotta and comes in different textures, including soft spreads. It is a dream for keto dieters as it contains almost zero carbs.

This cheese is very easy to consume and digest, thanks to its smooth texture. You often see the mild-tasting dairy product on spreads such as bread and crackers, as it’s incredibly low on carbs making it a keto favourite. One oz (28.35 g) contains 8.11 g of fat and less than one gram of carbohydrates.

Its strong and nutty flavour, makes this cheese one to include in your cooking if you want to add flavour to your meals. While it’s traditionally sprinkled on hearty dishes like pasta and gratin, it can be a part of your keto diet if you consume it right. One oz of grated parmesan contains 3.94 g of carbs, 7.88 g of fat, and 8.05 g of protein. Remember, moderation is key!

When you mix fluffy goat cheese with sheep’s milk you get a semi-hard halloumi. Its unique texture and delicious taste make it easy to eat on its own, but you can also serve it as a side accompanying other dishes. An ounce of halloumi contains zero carbohydrates, seven g of protein, and 9 g of fat. With this recipe, you can have your cheese sticks with a side of marinara sauce.

It’s easy to over-consume cheeses like cheddar due to its mild taste. It’s a dairy product that you will often find included in keto recipes as it is high in both protein and fat. A slice (28 g) of this household cheese contains 9.46 g of fat, 6.78 g of protein, and less than one g of carbs.

MORE CHEESES TO EAT ON A KETO DIET