My keto cheesecake bites will make you want to leave all other deserts behind. It is low in carbs, easy to make, and has a delicious flavor. If you are vegan, worry not. You can easily swap some ingredients with the plant-based versions suggested in the last section.

I have a sweet tooth, and I like to keep my desserts at the lowest net carb level. To be able to eat all six keto mini cheesecakes resulting from this recipe, I have played around the kitchen to come up with the best result. Make sure to read it till the end, as I have some useful tips for you.

SHARE: WHAT’S YOUR FAVORITE KETO CHEESECAKE RECIPE? IF YOU TRIED THESE MINI CHEESECAKE KETO RECIPE, WHAT DID YOU THINK? 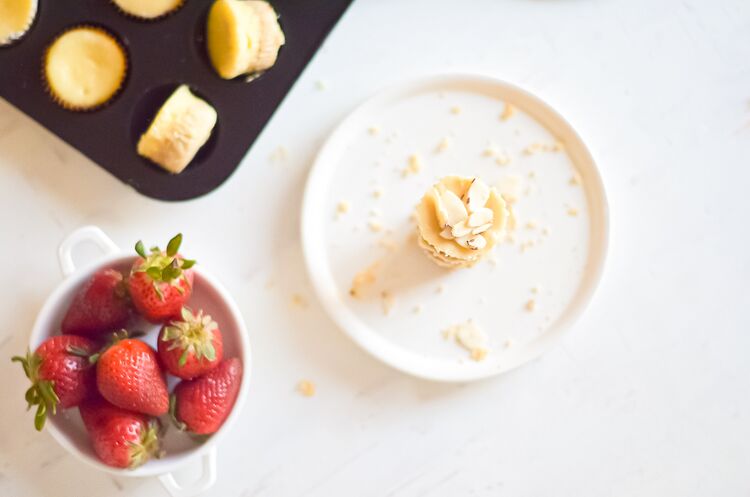 Are you a lover of cheesecake? Then you must try my delicious keto cheesecake bites recipe!