When the leaves begin to change colors, it signifies the beginning of a new season and the return of pumpkins. With festive holidays around the corner, from Halloween to Thanksgiving, it is a time to embrace all things fall including pumpkins. But is pumpkin keto-friendly?

There’s no denying that there is somewhat of an obsession with pumpkins, a seed-bearing fruit that has become synonymous with fall. The orange-colored squash is a must-have during the holidays in the form of a pie, drink, or just for decoration. With increasing popularity, the demand for pumpkins has risen, creating endless ways to include them in your everyday life. 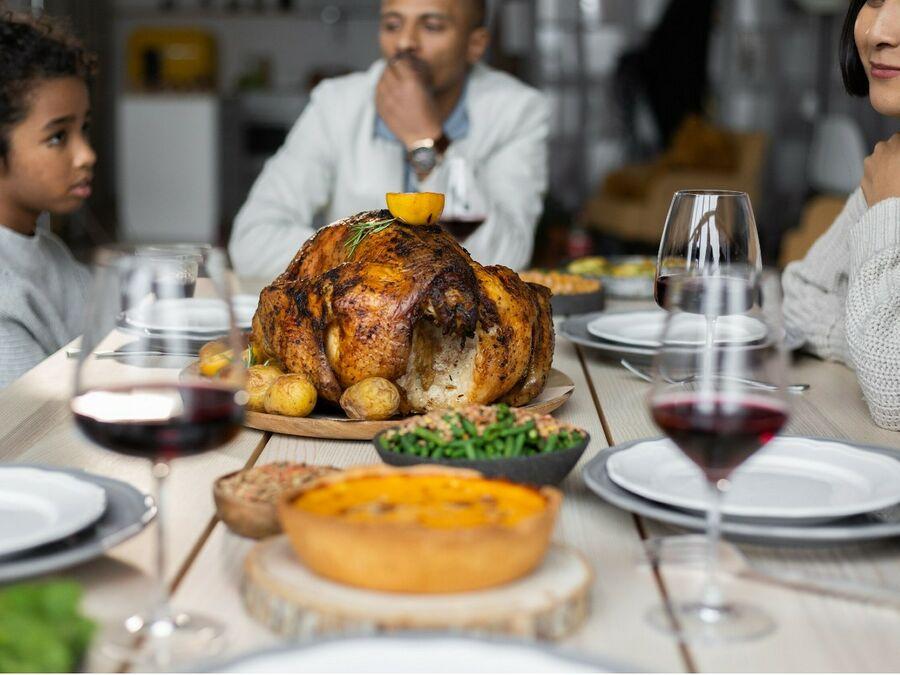 The History of Pumpkins

Despite their popularity, pumpkins are not a new phenomenon. The nutritious food was first discovered in the Oaxaca Highlands of Mexico but has since become popular in other countries. Today, pumpkins are grown on all continents except for Antarctica. The seeds, which are planted between May and June, are left to grow for around 120 days before they are harvested in October. The best thing of it all? You can save the seeds and grow more pumpkins the following year.

Nothing says fall like Halloween and Thanksgiving. Both holidays are popular amongst different generations, with Halloween being the one that’s widely celebrated around the world. When you think of the holiday, the first thing that comes to mind is probably pumpkins. The squash, which is used to create spooky faces, was once used to chase evil spirits away. The ritual started in Ireland, where locals would carve the pumpkins and place them by the windows and doors in hopes of being protected. Irish settlers later brought the tradition to the United States, where it transformed and became the holiday we know of today.

Yes! You can easily consume pumpkins on a ketogenic diet without getting kicked out of ketosis. However, while the versatile squash is low on carb, it’s not completely carb-free. Meaning while you can munch on the foods, you still have to be wary of your portions to avoid going over your daily carb intake.

How to use pumpkins as a low carb ingredient on a keto diet?

There are tons of keto pumpkin recipes out there, which is what makes the fruit so great. Raw pumpkin has somewhat of a bitter and sour flavor, while others tend to be on a sweeter side, hence why it’s excellent for cooking.

Keto pumpkin pie – Everyone has their rendition of a pumpkin pie so, the taste will differ. The pie is one of the big stars of a Thanksgiving dinner, thanks to its rich texture and well-defined taste. A traditional pumpkin pie isn’t keto-friendly as it’s high in fat, carbohydrates, and sugar. However, you can switch to a low-carb pumpkin pie or a sugar-free pumpkin pie for healthier options.

Did I mention that pumpkin is a versatile fruit? If you have an inner cookie monster that you’re trying to tame now that you’re on a keto diet, this one is for you. Cookies, as we know, often contain high levels of fat, sugar, sodium, and carbohydrates. But you can enjoy healthier options by making your own fluffy and moist cookies. They are often made with plant-based flour and contain a sweetener as opposed to regular sugar.

A mug cake is a much simpler way of making a flavourful cake when you are tight on time. While it isn’t as tasty as a freshly oven-baked pumpkin pie, it is a great option if you are craving something sweet. Mix spices like cinnamon, ginger, and nutmeg in a cup with pumpkin puree, flour, egg, and erythritol, and cook it in a microwave for no more than five minutes to get the perfect pumpkin mug cake.

Is it even fall if you haven’t had your daily dose of pumpkin spice lattes? The beverage is a dream for coffee lovers looking for a unique version of the caffeinated drink. Other than coffee, pumpkin spices like nutmeg, ginger, and cinnamon, you can, of course, expect to taste pumpkin puree. To make it keto-friendly, make yourself a pumpkin spice latte instead by using unsweetened plant-based milk and a sweetener instead of sugar.

A traditional creamy roll is delicious and filled with a sweet filling that will have you going back for seconds. Despite its flavorsome taste, there’s no denying that it’s not keto-friendly. A keto pumpkin roll is another healthy option that you can indulge in, in moderation, of course, paired with a hot beverage.

If you are looking for a keto pie recipe, look no further. The Spruce Eats has a tasteful no sugar pumpkin pie recipe that can be one of your keto Thanksgiving desserts this year. It will take you four hours and 15 minutes to make the low-calorie pumpkin pie, but it will be all worth it as you will be back asking for seconds.

Have you ever wondered how you can make bread like no other? Pumpkin is the secret. Green and Keto have a keto pumpkin bread recipe that’s super easy to make and is made with plant-based flour. Additionally, it’s also gluten-free and low-carb.

With tons of pumpkin keto recipes out there, you can even use the squash to make tasty desserts, like keto pumpkin cookies. Combine pumpkin with chocolate to make chewy cookies bursting with flavors. These sugar-free and grain-free treats will quickly disappear from the dinner table!

This easy-to-make keto pumpkin soup recipe is not only delicious but is also rich in flavor. The creamy soup is perfect for those cold nights and can be enjoyed on its own or with a side of keto bread. The low-carb keto meal is also gluten-free.

SHARE: WHAT’S YOUR FAVORITE KETO PUMPKIN RECIPE IDEA? IF YOU TRIED ANY OF THESE RECIPES, WHAT DID YOU THINK?